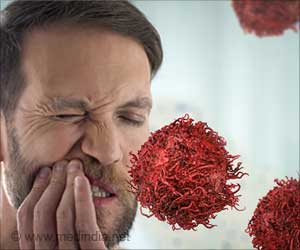 One of the major causes of tooth loss is the inflammation and weakening of the supporting structures of the teeth caused by bacterial infection – commonly known as periodontitis.

The oral cavity is home to a myriad of microorganisms, including bacteria that generally maintain a symbiotic (mutually beneficial) or neutral relationship with the host, but are also capable of initiating periodontitis infection.

This new study focuses on understanding the microbes associated with the presence of periodontitis and the host genetic factors that might facilitate the development of the conditions for better treatment options.

Several studies on periodontitis have shown that the development of the disease is associated with the nature of the oral microbiome as well as with genetic ‘polymorphism,’ the most common type of genetic variation among people.

However, there is no study that simultaneously assesses the importance of these two risk factors in developing the disease.

Research team conducted a cross-sectional study in which they genotypically analyzed 14,539 participants and conducted saliva sampling of 385 individuals. They finally retained 22 individuals for statistical analysis, and based on their periodontal status, divided them into “periodontitis” and “control” groups.

The team found that the “β-diversity” of the microbes, which refers to the ratio between regional and local species diversity, was significantly different between the periodontitis and control groups.

Furthermore, they attributed the presence of the bacteria species, P. gingivalis and the bacterial families, Lactobacillaceae and Desulfobulbaceae, to periodontitis. In contrast, they found no relation between genetic polymorphism and periodontitis.

As the prevalence of periodontitis is associated with the members of the microbiome rather than the genetic identity of the individual, clinicians should pay more attention to microbiome composition than to host factors in the routine work of periodontal examination, and design customized treatment strategy for periodontitis.