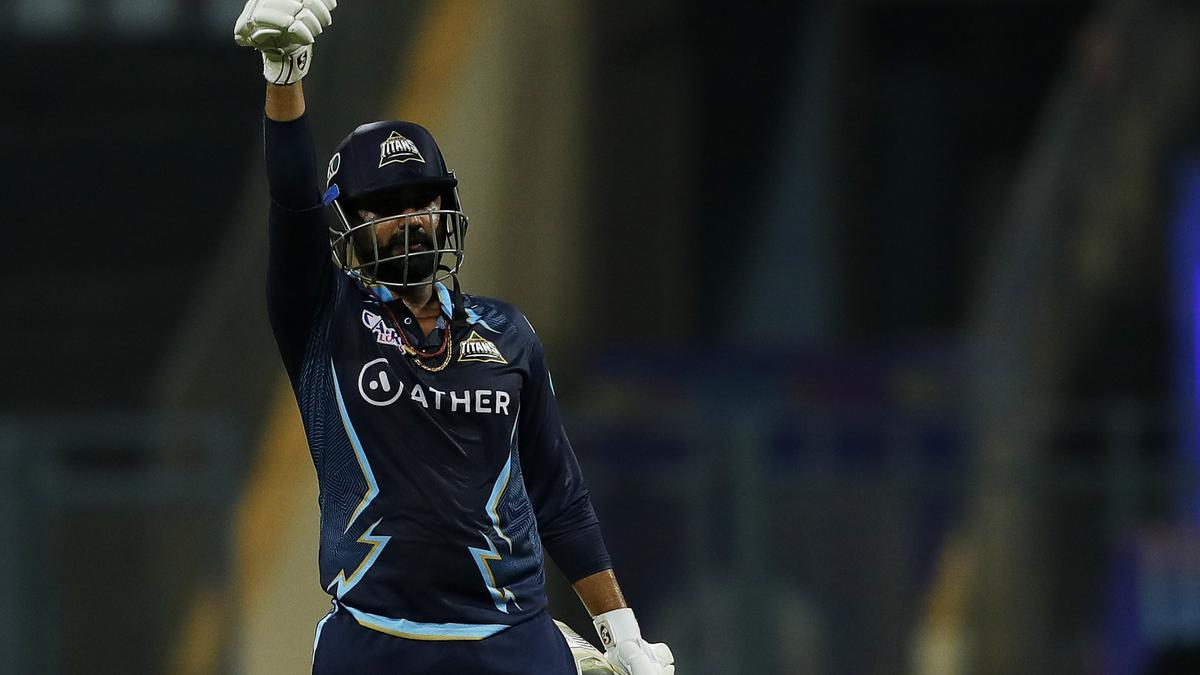 But in the end, it was not enough for Lucknow as Rahul Tewatia (40 not out, 24b) and Abhinav Manohar (15 not out, 7b) forged a 23-run stand for the sixth wicket to guide Gujarat Titans to a five-wicket win.

Who is Ayush Badoni, the Lucknow Super Giants batter who hammered a 41-ball 54?

Hardik, aiming to hit a tossed up delivery over the bowler’s head, ended up offering a simple catch. A few moments later, Hooda cleaned up Wade to put the pressure back on Gujarat.

But Tewatia stitched a 60-run stand for the fifth wicket with David Miller. The South African scored 30 off 21 before being sent back to the pavilion by Avesh Khan. In the final over, Titans needed 11 runs but Manohar hammered two boundaries off Avesh, while Tewatia sealed the deal with a boundary. Lucknow, however, will be disappointed to let it slip after an incredible batting show by Hooda and Badoni, who made his IPL debut.

Hooda went after Varun Aaron and Hardik and stitched an 87-run stand for the fifth wicket. By the time Hooda was trapped leg before by Rashid Khan, the Lucknow outfit was already back in the game. After Hooda’s exit, Krunal Pandya (21 not out, 13b) and Badoni forged 40 runs.

Opting to bowl, Shami sent Lucknow captain KL Rahul back for a golden duck on the first ball. He followed it up with Quinton de Kock’s (7, 9b) dismissal. Shami claimed his third wicket in Manish Pandey for just six.