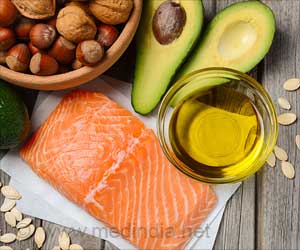 All the participants were free of heart disease and cancer at the time of enrollment. The average age of the study, participants was 50 years with 63% being women, 97% being whites.

Risk of Stroke and Fats

The participants were allowed to complete the food frequency questionnaires at the beginning and every 4 years during the study for calculating the amount, source, and types of fat in their diets.

The study thereby for the first time shows that consumption of greater amounts of red meat, processed red meat, and non-dairy animal fat increases the risk of stroke.

It was found that 6,189 participants had strokes during the study, including 2,967 ischemic strokes (caused by a clot) and 814 hemorrhagic strokes (caused by bleeding of brain vessels). In addition, the non-dairy animal fat intake increased the likeliness of stroke by 16%.

On the contrary, vegetable fat and polyunsaturated fat consumption reduced the incidence of stroke by 12%.

“Based on our findings, we recommend for the general public to reduce consumption of red and processed meat, minimize fatty parts of unprocessed meat if consumed, and replace lard or tallow (beef fat) with non-tropical vegetable oils such as olive oil, corn or soybean oils in cooking in order to lower their stroke risk,” says, Wang.