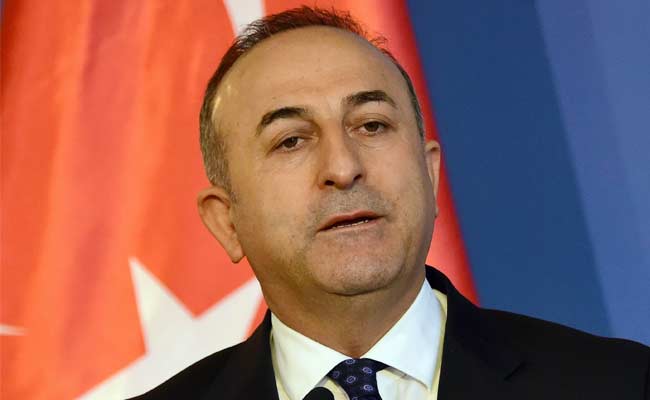 Turkey, a NATO member, has not joined the western sanctions regime targeting Russia.

Russia’s oligarchs can continue to do business in Turkey so long as they respect national and international law, Foreign Minister Mevlut Cavusoglu said Saturday.

Interviewed on the sidelines of the Doha Forum in Qatar, Cavusoglu was asked if Russian oligarchs facing sanctions from western countries could do business in Turkey.

“Of course, if it is legal, if it is not against international law, I will consider it,” he said.

“If it is against international law, that’s another story.”

Asked about their status, the minister said that Turkey implemented UN-approved sanctions.

The measures targeting the possessions of Russia’s oligarchs were not approved by the UN but by western countries including the United States and the EU member states.

They have imposed unprecedented measures against Russia over its invasion of Ukraine, including placing oligarchs and other individuals close to Putin on sanctions lists.

Several nations have seized yachts owned by Russia’s richest, as US President Joe Biden vowed that allies are “coming for your ill-begotten gains”.

Abramovich has also been hit with a UK assets freeze and travel ban.

But NATO member Turkey, which has strong ties with Russia and Ukraine, has not joined the western sanctions regime targeting Moscow.

Pressed on whether Russia’s oligarchs could do business in Turkey, Cavusoglu replied: “We will allow any legal and legitimate activities and we will not allow any illegal activities in Turkey.”

Turkey has described Russia’s invasion of Ukraine “unacceptable” and has offered its services as a mediator to help end the war.

“We have to find a face-saving way out or honourable exit for both sides (that they) can sell publicly and globally,” said Cavusoglu of the continuing efforts to get a ceasefire agreement.