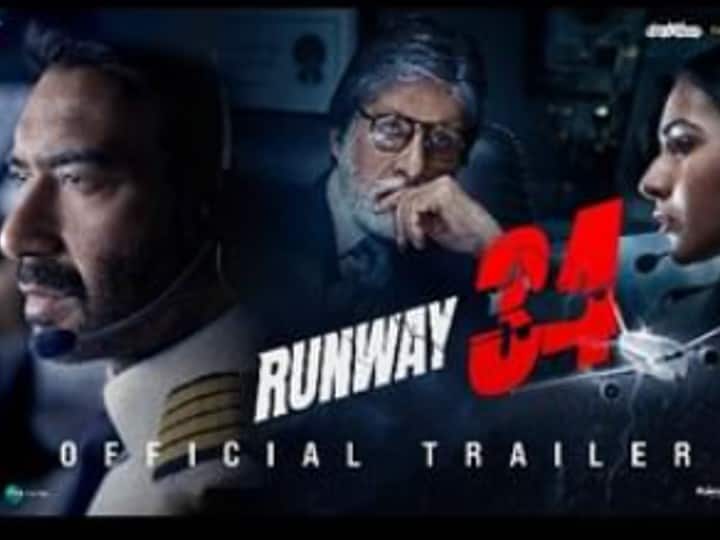 New Delhi: The trailer of the upcoming thriller ‘Runway 34’ which stars Ajay Devgn in the lead role, was released on Monday.

The film revolves around Captain Vikrant Khanna played by Ajay Devgn, a flying prodigy, whose flight takes a mysterious course after take-off from an international destination. With the thrill of the unknown in the sky, this film showcases Ajay collaborating with Amitabh Bachchan; whom he has directed for the first time.

The film’s trailer exhibits strong influences of the Tom Hanks and Aaron Eckhart-starrer ‘Sully’ with the dialogue, “Brace for the impact” serving as an uncanny resemblance to Clint Eastwood’s 2016 biographical drama where Hanks played the character of Chesley “Sully” Sullenberger.

The trailer launch of the film took place at a multiplex in Andheri area of Mumbai with Rohit Shetty, who is Ajay’s childhood friend, in attendance along with the cast and crew of the film.

Amitabh Bachchan, who couldn’t attend the event registered his presence through a special pre-recorded message where he praised Ajay’s acute sense of filmmaking technicalities.