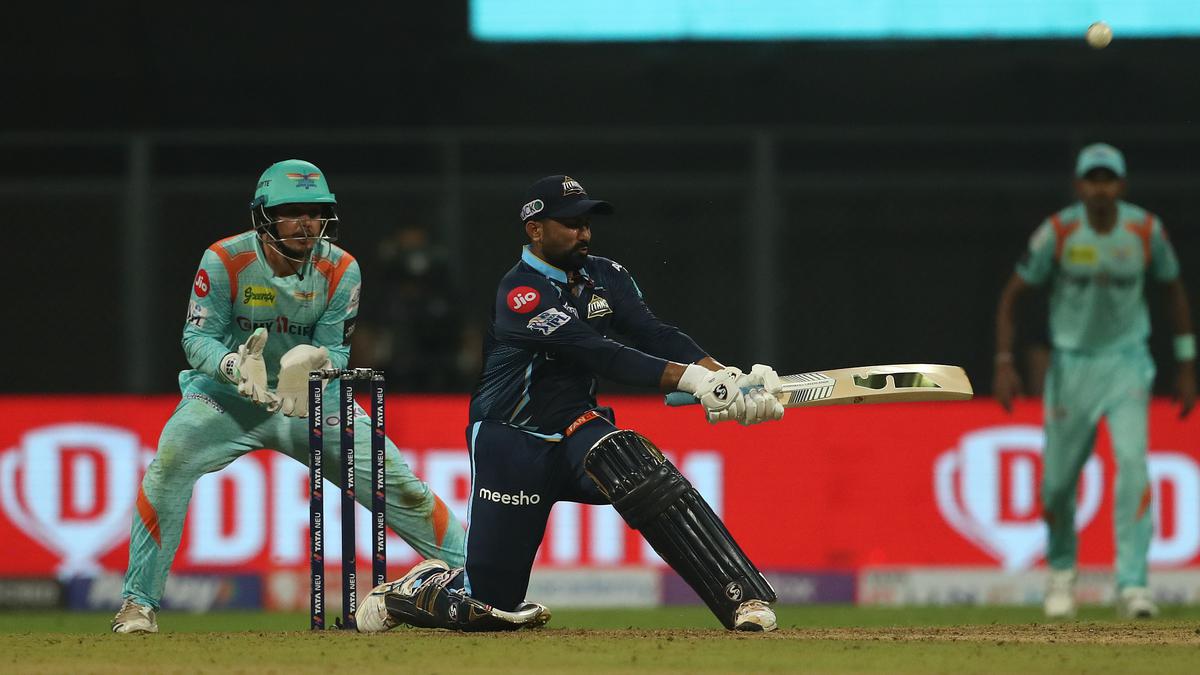 Rahul Tewatia refreshed memories of that fateful Sharjah night in 2020, when he struck five sixes off Sheldon Cottrell, with his quickfire 40 off 24 against Lucknow Super Giants in an IPL 2022 match at the Wankhede Stadium on Monday.

Chasing 159, Gujarat was struggling at four for 78 before Tewatia turned the heat with his power-hitting. He was severe on young leggie Ravi Bishnoi, carting him for a six and two fours in the 17th over. Tewatia, who took his team over the line, was signed by Gujarat Titans for Rs 9 crore at the recently-concluded mega auction in Bengaluru.

In that IPL 2020 match against the Punjab Kings, Tewatia was promoted to No. 4, after a big partnership between Steve Smith and Sanju Samson. He got off to a slow start – 5 off 13 – before finishing on 53 off 31. He hit six sixes in the last eight balls he faced, five of those coming in one Sheldon Cottrell over as Rajasthan Royals effected a come-from-behind win against Punjab Kings.

Tewatia’s IPL career began in 2014 with the Royals, but he had a quiet season, playing just three games. In 2017, he was bought by Kings XI Punjab though he didn’t get an extended run there, playing three games. Delhi Daredevils bought him in 2018, and he managed to get a more regular gig, playing eight games that season. In 2019, ahead of the main auction, he was traded off to the Royals, his first team.