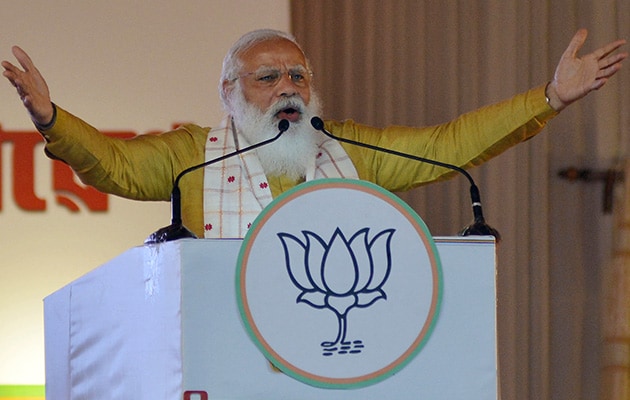 Pradeep Singh said the meeting with PM Modi was a short one and it was a courtesy call. (File)

Speaking to news agency ANI, after the meeting, Bihar MP Pradeep Singh, said that PM Modi spoke about the impact of the party’s recent victory in four states.

Mr Singh also informed that PM Modi is calling on MPs of all states one by one.

“The meeting was to generally take stock. We had breakfast there and clicked a group photo,” the Bihar MP said.

He further said that PM Modi also asked the MPs about the latest updates.

When asked about organisational talk at the meeting as Mr Nadda was there, Mr Singh said, “When party’s MPs are meeting with the Prime Minister, it is imperative to have a national president. He did not say anything in the meeting. Not a big deal, he (Mr Nadda) is also an MP.”

Mr Singh also informed that the MPs introduced themselves and shared their experiences with PM Modi.

“The meeting was a short one and it was just a courtesy call,” he said.

PM Modi often meets MPs of different states during the Parliament session. Earlier, during the Budget Session too, he had met MPs of several states.

PM Modi talks more on non-political issues in these meetings, mostly about motivating MPs to do more. Recently, he interacted with the MPs of North East, Uttar Pradesh, and some other states.