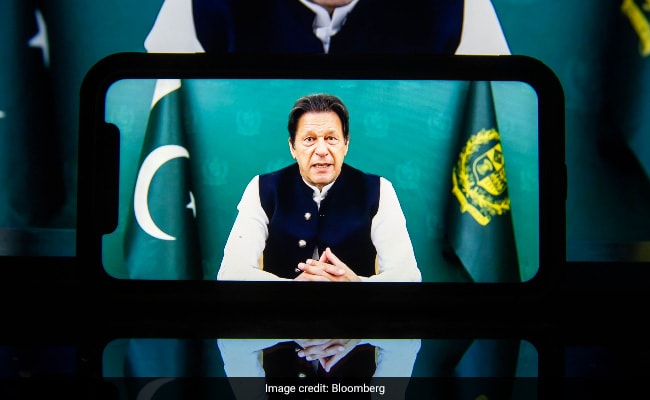 Pakistan is once again facing a political crisis. In a country where democratically elected leaders are regularly ousted from office, that should not be entirely surprising.

Yet this time it is. Although Prime Minister Imran Khan was elected in 2018 with only a slender majority in the National Assembly, he seemed likely to serve out his term without incident. His personal popularity was unquestioned. The economy appeared to have bottomed out. The opposition was divided and in disarray, with corruption cases against most of its senior leaders.

Most importantly, Khan had the clear backing of Pakistan’s powerful military. And, last year, Khan received a shot in the arm thanks to the disorderly US withdrawal from Afghanistan, which installed a friendly Taliban regime next door.

Now Khan faces a no-confidence motion brought by an enraged, united opposition that he might well lose. Even if he survives, he will find his political capital severely dented — and be even more in debt to the military.

In large measure, he has only himself to blame. Khan has been caught up in his own rhetoric. He stormed into office promising to build an Islamist welfare state, not a reform-minded and growth-focused modern economy. For decades, he had targeted the United States and the West as the source of Pakistan’s problems and he did not tone down that rhetoric in office. He insisted that every other political leader was corrupt and, in Trumpian fashion, that he alone could fix Pakistan.

This persecution of the opposition leadership created a strong incentive for parties and politicians who had long been rivals to unify. Meanwhile, despite all his anti-corruption rhetoric, many of his erstwhile supporters have noticed a conspicuous lack of new evidence being unearthed or new criminal cases being filed against the leaders Khan promised to hold to account.

But the biggest problem is the economy. Pakistan has never been able to solve its dependence on imports. When its rupee depreciates or oil prices increase, it immediately faces intolerably high inflation — well over 12% now, after Russia’s invasion of Ukraine caused spikes in commodity prices, as compared to an average of 5% or so in the five years before Khan took office.

The central bank’s benchmark interest rate is touching 10%. The balance of payments may hit a record this year. The Pakistan rupee has lost about half its value since Khan took office.

Khan’s response has been characteristic: He has announced subsidies for petroleum products and electricity to cushion the impact on voters. Given his political promise was not responsible governance but a new welfare state, he could hardly have done otherwise.

His government and its partisans have responded angrily to suggestions that Pakistan’s economy is in trouble. An official statement from the Finance Ministry denounced”fabricated narratives” about the economy in the global media. They’ve implied that the pandemic and the Ukraine war are to blame for any difficulties.

But the fact is that growth was slowing sharply even before the Covid-19 pandemic, down from 6% in the financial year before Khan took office to just over 3% in 2018-19 and shrinking in 2019-20. Khan’s welfare-focused profligacy hasn’t helped. The fiscal deficit tops 7% and interest payments swallow up a third of the federal budget.

In order to try and fill the fiscal gap without making politically disruptive changes to the direct tax base, Khan’s government has focused on import taxes, which now provide over 40% of government revenue. But that has left Pakistan ever more disconnected from global value chains, which depend on both exports and imports being easy and minimally taxed.

A country in such a precarious position would normally be able to turn to the International Monetary Fund or other global institutions for help. But how can Khan possibly admit he needs aid from the West? While Pakistan has signed up to a $6 billion bailout from the IMF, Khan cannot be seen to undertake any of the reforms the Fund wants, as that would compromise his anti-Western stance.

Khan’s militant, Islamist, anti-West messaging is precisely what appealed to the military in the first place and is the reason they propped him up prior to his election victory. Therein lies Pakistan’s tragedy. A civilian leader who seeks to modernize Pakistan’s economy and open it up to the world will necessarily run afoul of an isolationist military. One who defies the generals by focusing on reform and liberalization won’t last long in office.

Until civilian leaders can break free of the military’s expectations and of populist anti-Western rhetoric, Pakistan will be condemned to regular economic and political crises. And Khan will not be the last prime minister to find his hold on power slipping away.

(Mihir Sharma is a Bloomberg Opinion columnist. He was a columnist for the Indian Express and the Business Standard, and he is the author of “Restart: The Last Chance for the Indian Economy.”)

Disclaimer: The opinions expressed within this article are the personal opinions of the author. The facts and opinions appearing in the article do not reflect the views of NDTV and NDTV does not assume any responsibility or liability for the same.