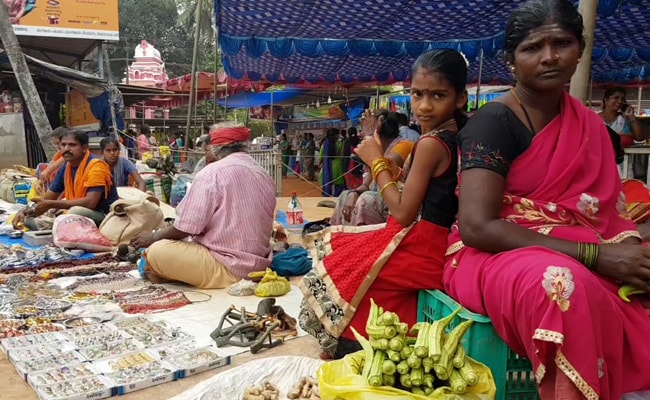 Officials in charge of the temple admit that they were pressured by right wing organisations.

The traditional fair at the Hosa Margudi temple in Udupi along Karnataka’s coast has never discriminated between who sets up stalls – Hindu or Muslim. Every year, more than 100 Muslim vendors set up stalls alongside Hindu stall owners. But this time, the Muslim vendors have been banned.

The state government has promised action after posters came up across Karnataka demanding that Muslims not be allowed at temple fairs.

“We went and met the temple committee members,” said Mohammad Arif, General Secretary of the Street Vendors Association in Udupi. “But they told us that they would auction the slots only for Hindus. We had to agree. They for sure are under pressure,” he added.

Officials in charge of the temple admit that they were pressured by right wing organisations.

“Yes, we had the pressure from right wing organisations… after discussions, we decided to ban,” said Prashanth Shetty, Executive Officer, Hosa Marigudi Temple.

The Endowments Act says buildings or sites of a temple cannot be given away to non-Hindus. However, for years, Hindus and Muslims have participated in the Hosa Marigudi temple fair peacefully.

It is unclear what provoked the right wing groups. One reason, the locals say, could be the hijab issue, over which Muslim groups had called for statewide bandh.

“We all called for a bandh last week in support of those demanding hijab and against the verdict… the issue backfired,” Mr Arif said.

Hindu stall owners say they are upset that Muslims have been banned from conducting business.

“We all did business together. But because they protested, they have been banned,” said Ram Sait, who has a stall of snacks.

Devaraj, who sells articles for puja, said, “I am feeling bad that two communities have been divided. Whether we are Hindu or Muslim, we are Indian citizens. A Hindu or a Muslim should understand this”.

The state government assured action after the matter was flagged in the state assembly. Deputy leader of Opposition in the Karnataka Assembly and Congress leader U T Khadar, said Muslims are not being allowed to put up stalls not just at temple fairs but also on the streets.

Law Minister JC Madhuswamy has said that the government does not encourage the ban.

“Government is not encouraging such behaviour of any ban (Muslims from temple fairs). If banners are put outside premises, we will take action,” Mr Madhuswamy was quoted as saying by news agency Press Trust of India.

Karnataka Home Minister Araga Jnanendra has sought reports from police, assuring that the government will keep a close watch on law and order situation in the state.