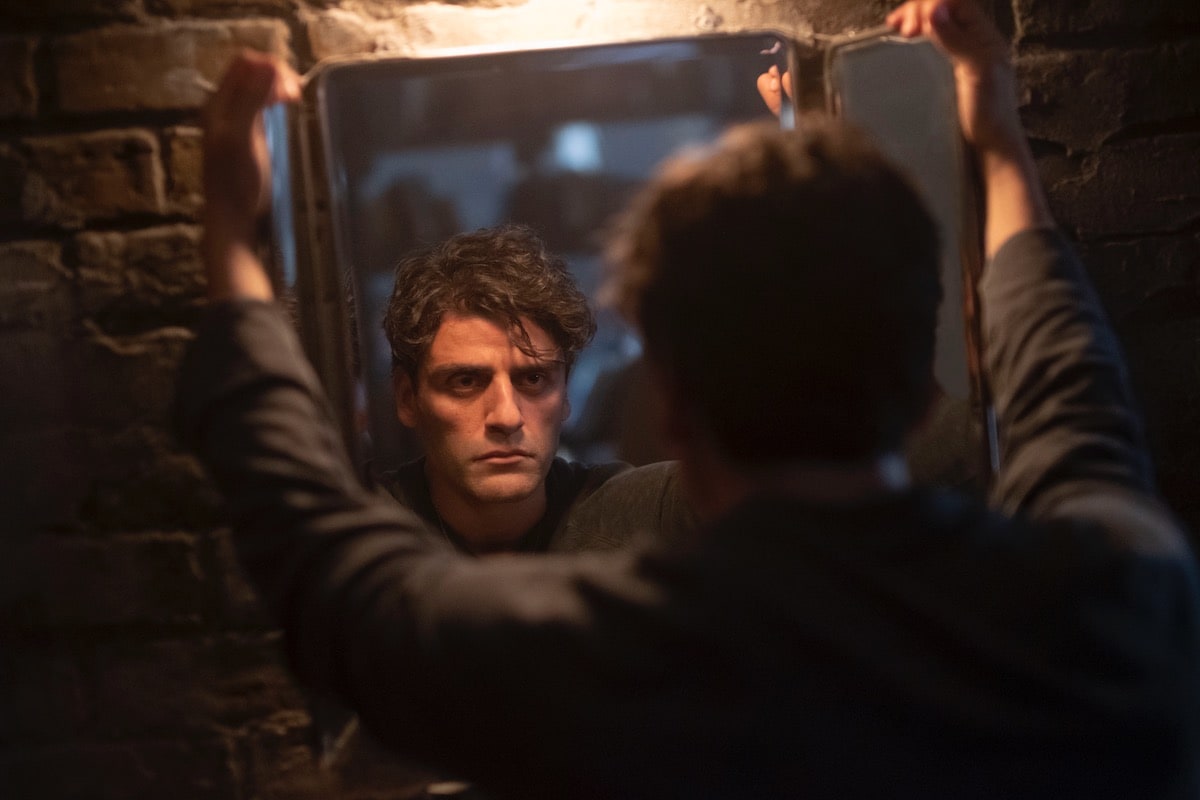 Moon Knight — premiering Wednesday on Disney+ and Disney+ Hotstar — is a markedly different take on the mentally-troubled character than what comic fans are familiar with. For one, Moon Knight’s anti-hero traits are stressed upon more on the Marvel series. Moon Knight is not quite Batman but with dissociative identity disorder, as the character has oft been described. It’s more what if the Punisher meets Wolverine meets DID. In the comics, Moon Knight’s Batman comparisons stemmed from the fact that they both had no supernatural abilities — like Bruce Wayne, Marc Spector relied on gadgets, combat skills, and physical training. But on the new Marvel series, Moon Knight draws super-strength and super-healing from his link to the Egyptian moon god Khonshu.

Oh right, Egyptian gods. They are central to everything on Moon Knight, be it the narrative, the locations we witness, and most obviously, the title character’s name. Across its run — I’ve seen four of the total six episodes, like all other critics — Moon Knight name checks a series of Egyptian gods. Some are even portrayed on screen. The Marvel series is partly set in Egypt — in addition to London, though both have been filmed elsewhere — taking us to Cairo, Pyramid of Giza, and beyond. It also sprinkles in Middle Eastern music, with tracks from DJ Kaboo and Ahmed Saad. On top of that, Moon Knight involves at least two archaeologists, hunting for tombs, and supernatural creatures.

Naturally, the Marvel series is inspired by movies like Raiders of the Lost Ark, something Moon Knight creator and head writer Jeremy Slater — previously a writer on Netflix’s The Umbrella Academy — has himself acknowledged. It often pushes into horror territory, before Doctor Strange in the Multiverse of Madness seemingly does that on the big screen for the Marvel Cinematic Universe. And in other places, Moon Knight feels closer to the Rami Malek-led psychological thriller Mr. Robot (where the lead character also suffered from DID), and Noah Hawley’s visually-inventive superhero series Legion (I’m not going to say how, as this would be spoiler-y).

Everything You Need to Know About Marvel’s New Series, Moon Knight

But unfortunately, Moon Knight is a snooze fest. Most of it is about MacGuffins — first an artefact, then a sarcophagus, and later, a god’s tomb — and as the hero and villain chase, find, and procure them, the new Marvel series becomes too plot driven. (This also results in obvious and unnecessary exposition. Trust your audience to be smarter.) Moreover, there’s little here that you haven’t seen before. Lead director and executive producer Mohamed Diab — the first Arab man to take control of a MCU property — has made a big deal of how Moon Knight will fix pop culture representation of Egyptian culture, but that doesn’t mean anything when scene to scene, it’s not fun to watch. Also, so much for representation when everyone is still saying the word “avatar” like the movie Avatar.

Moon Knight follows the mild-mannered Steven Grant (Oscar Isaac, from Dune) who lives a humdrum life and works at London’s National Art Gallery gift shop. His days are plagued by blackouts though, which is why he uses ankle restraints to sleep, and listens to a helpline that helps people to stay up through the night. One day, Steven wakes up in the Alps and encounters a godman of sorts called Arthur Harrow (Ethan Hawke, from Predestination) who worships the Egyptian god Ammit. Arthur wants to resurrect Ammit because he believes she can heal the world of all evil before it’s committed. To do that, he must find Ammit’s long-lost secret tomb.

Meanwhile, Steven realises that he shares his body — the words “dissociative identity disorder” are never mentioned on the Marvel series — with Marc Spector, a former American mercenary who is the human avatar of the vengeful Khonshu (voice of F. Murray Abraham, performed on-set by Karim El-Hakim) and does his violent bidding. Marc can turn into Moon Knight by simply summoning the suit, a facet of the show that leads to some hilarious moments with Steven. With Khonshu wanting to find Ammit’s tomb for his own unexplained reasons, Moon Knight puts Steven and Arthur on a path of conflict.

With help from his archaeologist wife Layla El-Faouly (May Calamawy, from Ramy), Steven/Marc set out on an adventure across the sands of Egypt — following Arthur and his band of followers.

From Bridgerton to Moon Knight, the Biggest OTT Releases in March

Given this is a Marvel series after all, the mental health struggles are discussed in a light-hearted fashion. Maybe Slater and his writers were not allowed to be dark and depressing, because it might alienate Moon Knight viewers. Isaac plays Steven as a bumbling fool who gets scared easily as he grapples with what Marc does. At one point, professional help is mentioned but Moon Knight never pulls through with it. And even when the show moves closer to that reality deeper into its run, it felt like a conceptual gimmick — and not a serious examination of Steven/Marc’s problems. I can’t say for sure because I haven’t seen the final two episodes. Hopefully, Moon Knight will prove me wrong in its final two episodes, for I would love to be proved wrong.

To differentiate the two, Isaac switches accents between Steven (British) and Marc (American). It’s a weird thing to experience at first, because it feels like the usually-excellent Isaac is putting on an act or a comedy sketch. The effect takes getting used to. Steven can also be a bit insufferable at times though, owing to his mannerisms and behaviour, though he’s also the only reason you root for Moon Knight. Marc is, by the sound of it, pretty much evil. He thinks he’s protecting his loved ones but really, he’s alienating them. He’s not averse to killing, and as a former mercenary, he’s been part of dubious missions. We don’t see him stop any crime, save anyone, or do any good in the first four Moon Knight episodes — that doesn’t even him qualify him as an anti-hero. Without the Steven side of him, Marc would be irredeemable.

The brilliant Hawke, meanwhile, is stuck playing a throaty-voiced villain and exposition machine. And it’s also poor dialogue with lines such as “Egyptian gods walk among us.” Moon Knight reminded me of mediocre 2000s action-adventure movies at times, with white people — Isaac is Cuban-Guatemalan, but that heritage is erased with the Jewish Steven and American Marc — running around in “exotic” Middle Eastern locations, incorrectly speaking words like avatar and ushabti because no one was around to correct them. Moon Knight throws in the wonderful Calamawy as the token Egyptian in the main cast, but she feels relegated to the side-lines. A love angle between Steven and Layla feels entirely forced, especially given what we’re told about how Marc treated Layla.

Moon Knight Is ‘Loud’, ‘Brutal,’ and Will ‘Not Pull Back’, Kevin Feige Says

The bigger problem for Moon Knight is the lack of meaningful character scenes. The new Marvel series needed more of Marc and Layla’s past, and more scenes that flesh out Steven/Marc and Arthur’s dynamic, given the shared past. These scenes are rare — when they do come, they have the ability to lift the show, for these people temporarily feel like humans and not just pieces on a chess board. Otherwise, Moon Knight just moves from one plot beat to the next.

And it’s not like the action is great either. Most action sequences operate on a “meh” scale; they never really engage you. Moon Knight gets itself into promising situations, like putting the protagonist at their weakest, but then rushes through the solution. It skips the part that ought to be the most epic. Khonshu’s super-healing powers are to somewhat blame for that, as the stakes are gone if the character can’t really be hurt in Moon Knight form. There are some admittedly cool bits, like the time Moon Knight’s cape takes on the shape of a crescent moon, or when he slings himself across rooftops and times a mid-air death-dealing move to perfection.

Moon Knight was always going to be a gamble, for bringing a little-known character to live-action for the first time is a challenge. Especially one that involves a middle-aged man suffering with mental illness, and who is inhabited by a vengeful god. Not only do Steven and Marc talk to each other through the show, they are also always in communication with Khonshu. (The Egyptian deity — a CGI character, per Marvel — has an eerie design too. Khonshu has a floating bird skull on top of a tall body that’s part armour, part white bandages for limbs like mummies, and an untied sweater draped around the shoulders, and carries a spectre with a crescent-shaped end. Moon Knight has two crescent-shaped weapons embedded in his armour too.)

Those unique elements could also have been a boon, but Moon Knight just plods along meaninglessly. In some ways, the new Marvel series is reminiscent of Chloé Zhao’s failures with Eternals, which despite its cast of immortal beings and eon-spanning narrative, crumbled at the most basic ask: characters. Moon Knight is so busy pushing the story ahead that it forgets what make for good TV. For the four episodes I’ve seen, it’s rote and boring — though the fourth episode ends in a way that I’m intrigued what it’s going to offer from here on. I really do hope this doesn’t become something formulaic again, but we will have to see the two final episodes to know that.

For now though, Moon Knight represents a failed start to a new chapter for Marvel’s Disney+ series. While Phase Four of the MCU has introduced new heroes on the big screen, the Disney+ side has been largely about bringing its film stars to TV. Sure, Hawkeye gave us the first new MCU superhero on TV with Hailee Steinfeld’s Kate Bishop, but she had Jeremy Renner’s Clint Barton co-leading the series. (Technically, Moon Knight is not a superhero, but you know what I mean.) That changes with Moon Knight — it’s completely standalone. More detached even than Eternals, which at least acknowledged the universe-altering impact of Avengers: Endgame. It’s so detached from the rest of MCU that you can’t even tell if it’s truly part of it.

Moon Knight is a waste of that freedom — and the talents of Isaac and Hawke.

Moon Knight premieres Wednesday, March 30 on Disney+ and Disney+ Hotstar. A new episode will air every Wednesday around 12:30pm IST/ 12am PT until May 4.