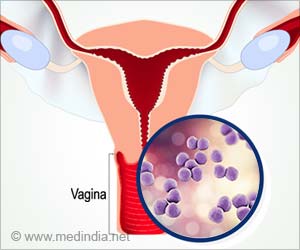 When babies pass through the birth canal, they are exposed to their mother’s vaginal microbiome, where their skin is coated and they ingest their first microbes outside the sterile womb.

Women with certain chronic diseases, such as diabetes or high blood pressure, and those in low-resourced neighborhoods with limited access to healthcare and nutrition, are more at risk of having an unhealthy vaginal microbiome. These unhealthy vagina microbiomes have too many different kinds of bacteria, viruses, or yeast which, unlike diversity in the gut, is a bad thing in the vagina, increasing the likelihood for infections.

According to the U.S. Department of Health and Human Services, Black women in the U.S. have infant mortality rates 2.3 times higher than white women, and this is independent of education and income levels.

“We know what is healthy for mom is healthy for baby’s brain development, and on the flip side stress contributes to disease risk,” said Tracy Bale, PhD, professor of pharmacology at the University of Maryland School of Medicine and director of the Center for Epigenetic Research in Child Health & Brain Development. “We wanted to identify biological factors that predict these negative health outcomes and determine how each one contributes to these inequities in our society.”

A few years ago, the Bale laboratory showed that mouse pups delivered by C-section and given vaginal microbiomes from stressed mouse mothers had differences in how their brains developed and how they responded to later stress in their environment compared to those pups given microbiomes from unstressed moms.

Work on the human vaginal microbiome by Jacques Ravel, PhD, professor of microbiology and immunology at the University of Maryland School of Medicine and associate director of the Institute for Genome Sciences, found that human vaginal microbiomes fall into five different groupings based on the resident microbes with four healthy variations, and one ‘unhealthy’ group.

Dr. Bale’s research team wanted to know if this unhealthy vaginal microbiome might affect a baby’s development and birth outcomes, similar to their previous mouse studies. They tested this idea by using vaginal microbiome samples from pregnant women in their C-section mouse model. First, they applied either the healthy or unhealthy bacterial samples into the mouse’s vagina to recreate the gestational environment.

Then, the pups born via C-section ingested the same vaginal microbiomes mimicking vaginal birth exposure. The researchers investigated which genes were turned on and off in the brains of the pups to see how the mothers’ vaginal microbes affected their pups’ development. They found these pups had early activation and development of their immune systems.

Next, to more accurately model a vulnerable and low-resourced population, the researchers repeated the study, but added the risk factor of prediabetes and obesity by swapping the pregnant mouse’s normally healthy low-fat, high-fiber chow for an unhealthy high-fat, low-fiber diet. Sixty percent of the mouse pups exposed to the human unhealthy microbiomes and fed the unhealthy diet died within 48 hours of delivery. However, with the same microbiome exposure but on a healthy high-fiber diet, the death rate dropped by more than half.

Dr. Bale says that soluble fiber, like that found in fruits and vegetables, ferments in the gut, allowing the bacteria to produce short-chain fatty acids, which are needed for baby’s brain development and are also effective anti-inflammatory agents for mom.

“The vaginal microbiome component led to dramatic changes in the brain through fetal immune system development, and it appears that this overactive immune system seems to up the risk for infant mortality,” said Dr. Bale. “In humans we had observed these associations with unhealthy vaginal microbiomes, but now our work is allowing us to make these connections and to identify the mechanisms that ultimately affect pregnancy outcomes, perhaps as novel biomarkers that could be used in identifying women at risk.”

Dean E. Albert Reece, MD, PhD, MBA, executive vice president for medical affairs, University of Maryland Baltimore, and the John Z. and Akiko K. Bowers distinguished professor at the University of Maryland School of Medicine, said, “These studies help to set the stage for what interventions may be tested to improve the health and wellness and reduce infant mortality rates, particularly in our most vulnerable populations.”