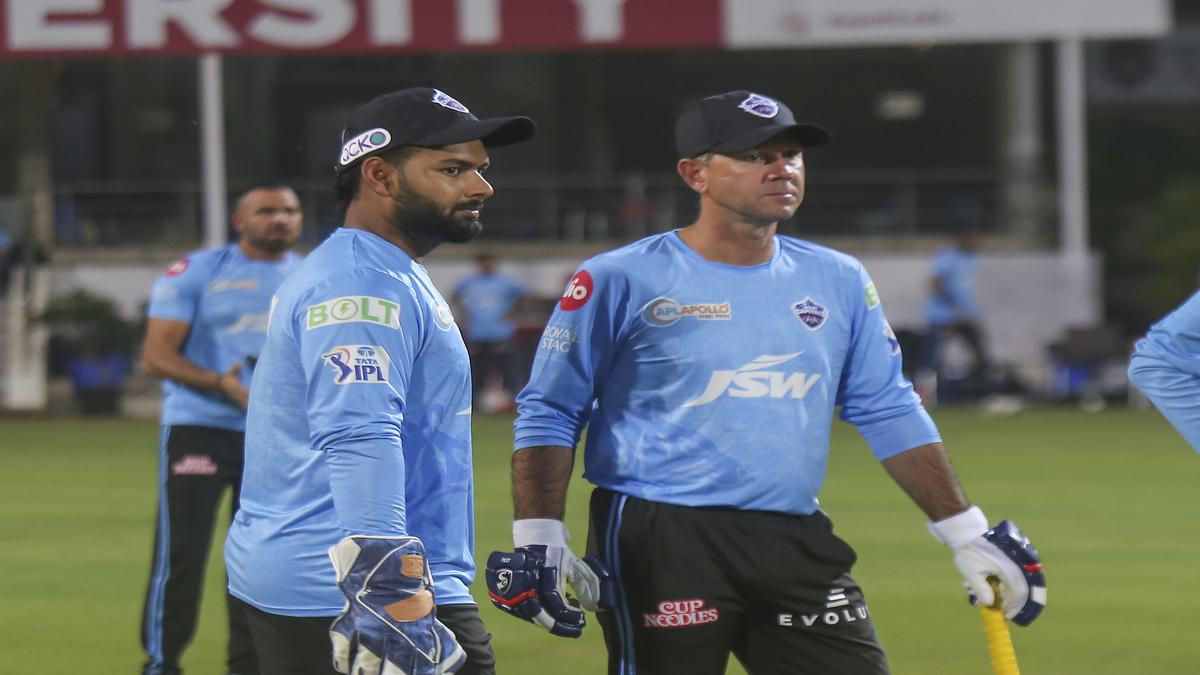 Ricky Ponting has no doubt that Rishabh Pant will be a successful India captain if he is handed the responsibility in the future.

Pant took over the captaincy at IPL franchise Delhi Capitals last season in the absence of an injured Shreyas Iyer.

“With some experience in a role like this in such a high-pressure tournament like the IPL, you know, I’ve got no doubt in years to come there is every chance that Rishabh could be international captain. No doubt about it,” Ponting said during a virtual media interaction on the eve of its contest against Mumbai Indians on Sunday.

“I haven’t thought about that actually, but I think they are actually quite similar. When Rohit took over at Mumbai, he was quite a young man as well and he just sort of started out in his international career. He would probably been about 23-24, similar age to what Rishabh over here. To be totally honest, they’re actually quite similar people. I know they’re great mates and they probably exchange little things about leadership and captaincy along the way as well,” he said.

ALSO READ – Shreyas Iyer is a superstar in the making – McCullum

Ponting said Pant can emulate what Rohit has achieved for Mumbai Indians.

“There is every opportunity for Rishabh’s journey to be quite similar to Rohit Sharma. Taking over as a young captain of a successful franchise and growing on a daily basis… Hopefully Rishabh can have the same sort of success that Rohit had on Mumbai Indians,” he added.

Rohit was made the Indian captain after the end of Virat Kohli’s era.

But at 34, Rohit is not getting any younger and Pant is seen as a potential candidate for the role of captaincy in the Indian team. Earlier this year, Pant was elevated to be Rohit’s deputy in the T20 series against West Indies in the absence of an injured K. L. Rahul.

Ponting believes Pant, who is the India wicketkeeper-batter across formats, has shown maturity over the years.

“This is my fifth season now here and the evolution of Rishabh as a player and as a person has been quite dramatic. The last couple of years with some more responsibility in and around the Indian team, obviously captaining Delhi Capitals last season, there’s a lot of learning experiences for him. It will just keep helping him become a better leader and a better person on a daily basis. There’s no doubt that his maturity over the last 12 or 18 months with his play but also with his leadership and captaincy has been outstanding.”

Hailing Pant further, the Australian great added, “He’s got a very good grasp on what leadership is all about. He’s been in a successful team and he’s been under strong leaders in the past. So it’s just up to me to see if anything that I can help him with, to make sure I’m doing that along the way.”

Apart from its Australian recruits including David Warner, Delhi will also miss its star South African pacer Anrich Nortje (hip injury) for the first few matches. Lungi Ngidi and Mustafizur Rahman, who are part of the ongoing ODI series between South Africa and Bangladesh, are also unavailable for their IPL opener. But Ponting, nevertheless, is hopeful of a good start. “A lot of teams are in a similar boat to us. We are just pushing forward, making sure our players are well prepared, and well planned. Even with a slightly weakening side, we can get off to a good start,” he said.

In such a scenario, Delhi have the likes of Rovman Powell and Tim Seifert as the overseas players available against Mumbai.

Pant has high hopes from Powell

Pant believed the fiery West Indies all-rounder can be their X-factor.

“I guess he’s someone, he has immense power, especially batting at no 4-5 for us. We have been looking for a batter who can do the job down the order. Hopefully Rovman can live up to expectations,” the Delhi skipper said.

Pant was also excited to have Sunrisers Hyderabad veteran opener Warner in his side. “Warner is one of the biggest buyouts for us during the auction and we got him as cheap as possible. So very happy with his inclusion,” Pant said.