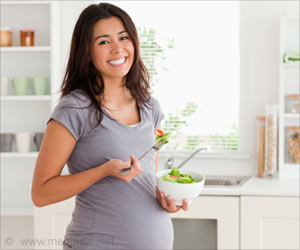 The population replacement rate, which is the fertility rate needed to maintain a society’s population size, is 2.1 children per woman. Countries with fertility rate below this number may experience an overall older demographic and a decrease in population size over time. According to World Bank data, the global fertility rate was 2.4 children per woman in 2019. This rate is approximately half of what it was in 1950 (4.7), and more economically developed countries such as Australia, most of Europe, and South Korea, tend to have lower rates than do less-developed or low-income countries.


Talking to IANS, Dr Neeta Singh, Professor, Department of Obst & Gynae, AIIMS, says that the urban fertility rate has reached the minimum level of 1.6 which is a major concern, however the rural fertile rate is 2.0 and overall fertility rate is 2.0. But, for a developing nation to keep a balance with death ratio and new population, we need 2.3 fertility rate, she warns. Dr Singh reasons late marriage trends in urban areas as prime factor for declining level of fertility.

“A woman gets married generally after 27-28, then needs time for settle down in life and then tries for child and after one or two years they visit doctors if she does not conceive”, says Dr Singh adding that in between they cross the peak period of fertility which is 20 to 25 years. She argues that after this period, fertility remains in plateau condition to 30 years and starts declining after 30 years. After 35 years, female fertility declines faster, she says.

In male also, fertility begins declining after 40 years. “This is just a myth that a male can remain fertile till 60 years”, she told IANS. Most of the couple visits doctors when their fertility rate already starts declining,” Dr Singh says.

“Research has found that the ovarian ageing of Indian women is around 5 years advance in comparison to the US and the UK which is a major concern. It means that if a woman can produce a child in the age of 40 in the US and the UK, in India the age will be only 35 years. However, whether the demographic condition or climate or race is responsible for this is not known yet,” she told.

Talking about the male infertility, Dr Singh said that it is also increasing with speed due to rising stress, food alterations, sedentary life styles, irregular working styles and others. “Every second or third male is infertile or sub fertile in India. We rarely find 20 millions sperm count in any male, which used to be around 50 to 100 millions earlier. If we find even 15 million sperm count in a male, we consider it okay. Sperm dying is main causes for male infertility”, Dr Singh added.

On being asked about whether IVF is solution to this rising infertility, she clearly rejected it and said that if eggs are not being produced, how can IVF work. Fertile eggs and healthy sperm can only make IVF success, opined Dr Singh.