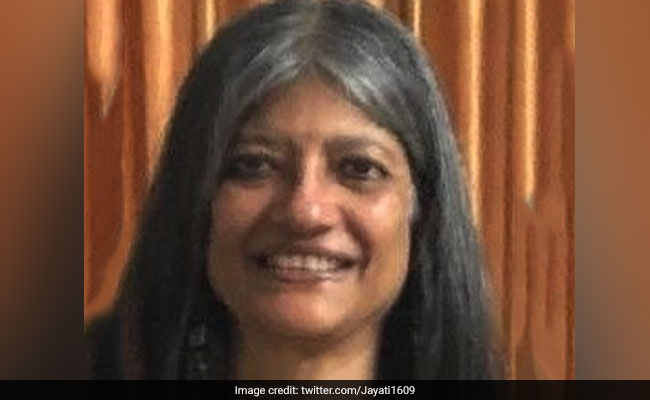 Jayati Ghosh, 66, is a Professor at the University of Massachusetts Amherst.

Indian development economist Jayati Ghosh has been appointed by UN Secretary General Antonio Guterres to a new high-level advisory board on effective multilateralism.

Jayati Ghosh, 66, is a Professor at the University of Massachusetts Amherst. She was previously professor of economics and chairperson of the Centre for Economic Studies and Planning, School of Social Sciences, Jawaharlal Nehru University. She is also a member of the UN’s high-level Advisory Board on Economic and Social Affairs.

UN chief Guterres on Friday announced the establishment of the Advisory Board on Effective Multilateralism to be co-chaired by former Liberian president and Nobel laureate Ellen Johnson Sirleaf and former Swedish prime minister Stefan Lofven.

Ms Ghosh has been named to the 12-member board, which will be supported in its work by the Centre for Policy Research of the United Nations University in close coordination with the Executive Office of the Secretary-General.

In January last year, Ghosh was appointed by Guterres, along with 19 other thinkers and personalities from around the world to a high-level advisory board to provide recommendations for the UN Secretary-General to respond to current and future socio-economic challenges in the post-COVID-19 world.

A press release issued here last week said the UN Secretary-General’s report on ‘Our Common Agenda’, released in September 2021, calls for stronger governance of key issues of global concern. The ‘Our Common Agenda’ is an agenda of action, designed to strengthen and accelerate multilateral agreements – particularly the 2030 Agenda – and make a tangible difference in people’s lives, the UN said.

It contains recommendations across four areas for renewed solidarity between peoples and future generations, a new social contract anchored in human rights, better management of critical global commons, and global public goods that deliver equitably and sustainably for all.

The report proposes a Summit of the Future in 2023 to advance ideas for governance arrangements in certain areas that could be considered global public goods or global commons, including climate and sustainable development beyond 2030, the international financial architecture, peace, outer space, the digital space, major risks, and the interests of future generations.

The new advisory board will be asked to build on the ideas in ‘Our Common Agenda – including the centrality of women and girls, and the need to take into account the interests of young people and future generations – to make concrete suggestions for more effective multilateral arrangements across a range of key global issues.

Their non-binding recommendations would inform deliberations by member states at the proposed Summit of the Future.

The other board members include Xu Bu, president of the China Institute of International Studies; Poonam Ghimire, a Nepalese climate activist, Next Generation Fellow (2021) with the United Nations Foundation and Youth Power Climate Representative for COP26; Rwanda’s former finance and economic planning minister Donald Kaberuka; and Kenya-based writer and researcher Nanjala Nyabola.

Tharman Shanmugaratnam, Senior Minister of Singapore, and Anne-Marie Slaughter, CEO of US-based think tank New America, Professor Emerita of Politics and International Affairs at Princeton University and former Director of Policy and Planning at the US Department of State are also the members of the board.