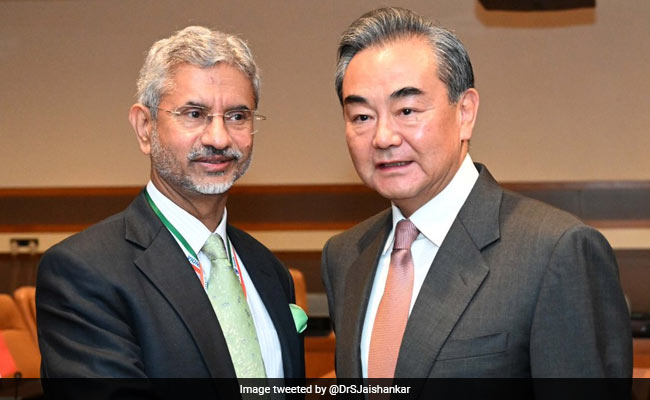 Wang Yi had made a reference to J&K at the Organisation of Islamic Cooperation in Pakistan. (File)

India today reiterated that Jammu and Kashmir is an internal matter and said it rejects the “uncalled reference” to it by the Chinese Foreign Minister Wang Yi during his speech at a function in Pakistan. “Matters related to the Union Territory of Jammu and Kashmir are entirely the internal affairs of India. Other countries including China have no locus standi to comment. They should note that India refrains from public judgement of their internal issues,” ministry spokesperson Arindam Bagchi told reporters today in response to queries on the Chinese Foreign Minister’s speech.

Mr Wang had made a reference to Kashmir in his opening speech at the Organisation of Islamic Cooperation in Pakistan. “On Kashmir, we have heard again today the calls of many of our Islamic friends. And China shares the same hope,” he had said.

New Delhi’s rejection of Wang Yi’s comments came in the midst of hectic consultations between the two sides over a possible visit by him to New Delhi within two days.

China has time and again reiterated its support to the stand of Pakistan — its strategic ally — on the matter of Jammu and Kashmir.

Last month, India rejected the references to Jammu and Kashmir in a China-Pakistan joint statement, asserting that the region as well as the Union Territory of Ladakh “have been, are and will” remain integral and inalienable parts of India.

The joint statement was issued on February 6 following talks in Beijing between Chinese President Xi Jinping and Pakistan Prime Minister Imran Khan. Mr Bagchi said India has “always rejected such references and our position is well known to China and Pakistan”.

In July last year, China had reiterated its support to Pakistan on the issue of Jammu and Kashmir, saying it opposes any unilateral action which could complicate the situation.