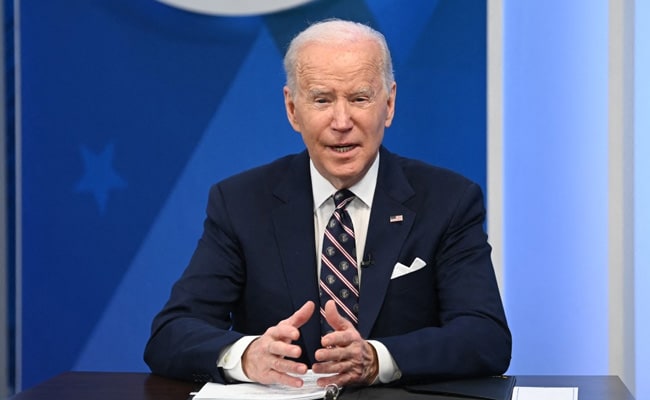 President Joe Biden on Monday warned of intelligence pointing to a growing Russian cyber threat and he urged US businesses to “immediately” prepare defenses.

“If you have not already done so, I urge our private sector partners to harden your cyber defenses immediately,” he said in a statement.

Biden cited “evolving intelligence that the Russian government is exploring options for potential cyberattacks,” including in response to Western sanctions over Moscow’s launching of the war in Ukraine.

Biden said the government would “continue to use every tool to deter, disrupt, and if necessary, respond to cyberattacks against critical infrastructure.”

However, he underlined that most critical infrastructure in the country is owned and operated by private entities, which cannot be compelled to take specific cyber security measures.

“Owners and operators must accelerate efforts to lock their digital doors,” he said.

“You have the power, the capacity, and the responsibility to strengthen the cybersecurity and resilience of the critical services and technologies on which Americans rely. We need everyone to do their part,” Biden said.

US authorities have said that everything from fuel supply routes to water supplies are at risk from cyber attacks, as well as identifying Russian hackers as one of the main threats.

Deputy National Security Advisor for Cyber and Emerging Technology Anne Neuberger told reporters that despite Biden’s warning, “there is no certainty that there will be a cyber incident on critical infrastructure.”

There has been “preparatory activity” detected but no sign of a “specific” attack.

And, despite efforts by the government to bolster coordination and assistance in the cyber security sphere, “there’s so much more we need to do to have the confidence that we’ve locked our digital doors,” she said.

In some areas the gaps are “deeply troubling,” she said.

Neuberger reiterated previous White House warnings that if Russia does target critical infrastructure, “we will be prepared to respond.”