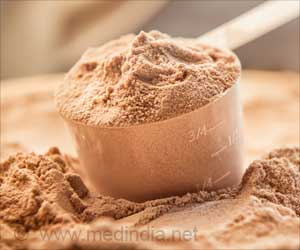 Researchers linked data from seven randomized controlled trials to children’s performance in school exams at ages 11 and 16 and found no clear differences in their results.

Breastfeeding is best for infant nutrition, but breastfeeding rates beyond six weeks are low in many countries. Instead, infant formulas (breast milk substitutes) are widely used to supplement or replace breastfeeding and are consumed globally by more than 60% of infants aged less than six months.

It has been suggested that modifying formula milk promotes cognitive development, but trial evidence that modified formulas result in long term cognitive advantages is inconclusive.

To address this, researchers from UCL Great Ormond Street Institute of Child Health and Institute of Education set out to compare differences in academic performance between adolescents who were randomly given modified or standard infant formula as babies.

In 2018, these trial data were linked to school records, focusing on what effect (if any) the formula had had on scores for national mandatory exams (GCSEs) in maths and English at ages 11 and 16 years, as well as eligibility for special educational needs support and achieving five or more GCSE grades of C or higher.

Results were gathered for 1,607 (91.2%) participants linked to school records.

No benefit was found for performance in maths exams at age 16 years for children given any modified formula.

The researchers point out that the trials were carried out several decades ago and, since then, the composition of formulas and neonatal care have changed.

This is relevant, they say, because nowadays, a larger number of sick and small preterm infants survive, and these infants could have different sensitivities to the nutritional modifications investigated in this study.

Nevertheless, the study’s strengths include the high rate of follow-up and the use of GCSE scores that the authors say have real world relevance to young people and their future.

“In summary, differences in academic performance between modified and standard formulas were consistent with differences measured in the original trials and in the external literature; that is, no benefit of the infant formula modifications on cognitive outcomes,” they write.

“This study sets a precedent for other trials and cohorts to use linkage to administrative data to answer important questions about long term outcomes in children and young people,” they add.

In a linked editorial, researchers at the University of Glasgow argue that added nutrients could also do harm and that baby milk trials were often not well conducted.

They conclude: “Recently published evidence suggests a need to better regulate research into infant formulas and to ensure that this evidence is used to remove unnecessary and potentially harmful nutrients from formula milk, and to prevent misleading promotional claims.”