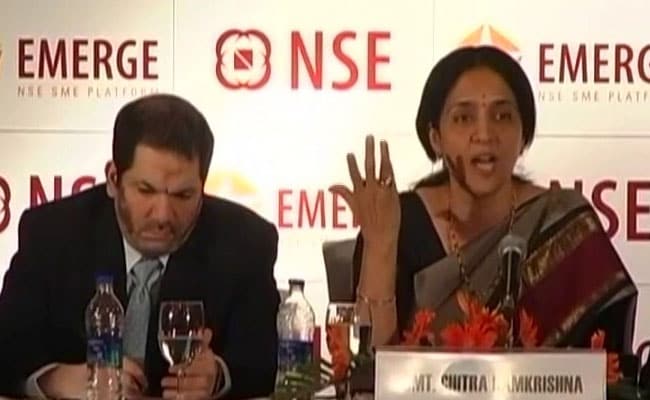 A Delhi court on Monday allowed the CBI to collect the handwriting sample of former managing director and chief executive officer of National Stock Exchange (NSE) Chitra Ramkrishna in connection with the NSE co-location case.

Special Judge Sanjeev Aggarwal also extended Ramkrishna’s judicial custody till April 11, after she was produced before the court at the end of her earlier judicial custody.

The court passed the order on the applications moved by the CBI, which said that the investigation was at a very crucial stage and it was examining several digital evidences in the case.

The CBI had arrested Ramkrishna after her anticipatory bail application was dismissed by the court earlier.

The court on March 26 sought CBI’s response on Ramkrishna’s bail plea and posted the matter for April 8.

The CBI had recently questioned Ramkrishna in the matter. The Income Tax (IT) Department earlier raided various premises linked to Ramkrishna in Mumbai and Chennai.

Ramkrishna has also been on the radar of the market regulator Securities and Exchange Board of India (SEBI).

Recently, the CBI court had sent Subramanian, advisor to Ramkrishna, to CBI custody.

He was arrested by the CBI from Chennai in connection with the NSE case.

The arrest was made in the case related to the co-location scam, the FIR for which was registered in May 2018, amid fresh revelations about irregularities at the country’s largest stock exchange.

The CBI is probing the alleged improper dissemination of information from the computer servers of the market exchanges to the stock brokers.

Earlier The Securities and Exchange Board of India (SEBI) has penalized the National Stock Exchange (NSE) and its former CEOs Chitra Ramakrishna and Ravi Narayan and two other officials for lapses in recruitment at the senior level.

The market regulator observed that the NSE and its top executives violated securities contract norms relating to the appointment of Anand Subramaniam as group operating officer and advisor to the managing director.