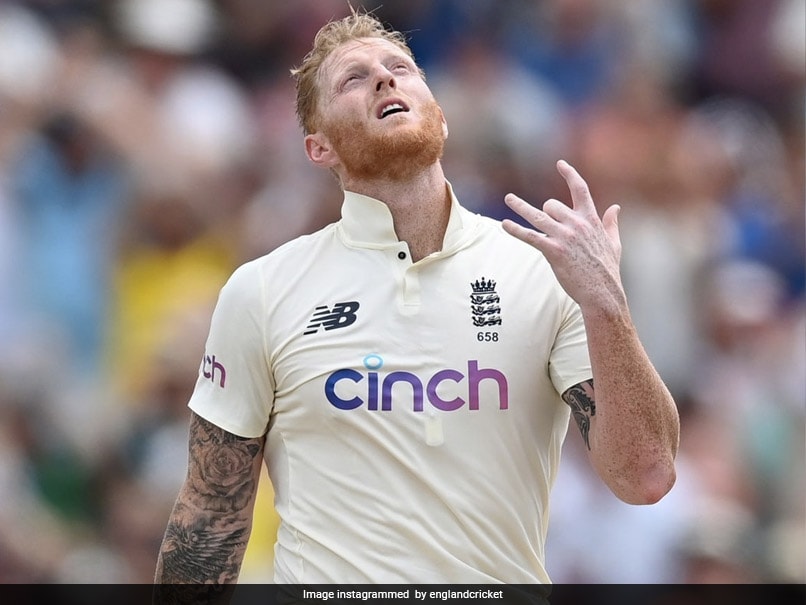 England all-rounder Ben Stokes has experienced some difficult time since winning the ODI World Cup in 2019. Apart from being away from the game due to a finger injury, Stokes also lost his father Ged, who died of brain cancer in 2020. Since then, Stokes has also put some of his focus on his mental health. However, the 31-year-old rolled back his glory days by hitting a century against the West Indies in the ongoing Test at the Kensington Oval, Bridgetown.

Stokes smashed a fine 120, hitting six sixes in his innings as England took charge of the ongoing second Test.

After reaching three figures, Stokes was seen making a special gesture for his father, pointing it straight to the sky.

And There He Is! Ben Stokes gets his 11th Hundred!! Stokesy back in form again pic.twitter.com/drXocek8g2

During his knock in the first innings, Stokes also went past the 5000-run mark in the longest format of the game.

Stokes, who has 170 Test wickets to his name, also became only the fifth cricketer to have more than 5,000 runs and 100 wickets in Tests.

West Indies’ Gary Sobers, England’s Ian Botham, India’s Kapil Dev and South Africa’s Jacques Kallis are the other players in the list to have achieved the same feat.

Stokes and skipper Joe Root (153) added 129 runs for the fourth wicket, after the former and Dan Lawrence (91) stitched a 164-run partnership for the third wicket.

England declared their first innings on 507 for nine on Day 2.

In reply, West Indies were 228 for four at stumps on Day 3 with Kraigg Brahtwaite (109 not out) and Jermaine Blackwood (102) hitting centuries.