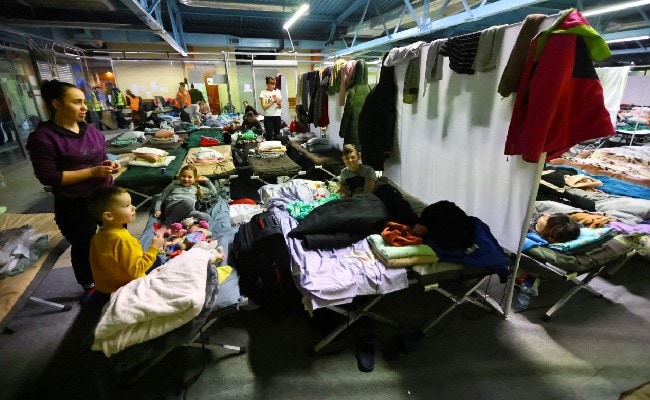 Russia-Ukraine War: Some 90 per cent of those who have fled are women and children. (File)

Ten million people — more than a quarter of the population — have now fled their homes in Ukraine due to Russia’s “devastating” war, the United Nations refugees chief said Sunday.

“Among the responsibilities of those who wage war, everywhere in the world, is the suffering inflicted on civilians who are forced to flee their homes,” said UNHCR chief Filippo Grandi.

“The war in Ukraine is so devastating that 10 million have fled either displaced inside the country, or as refugees abroad.”

UNHCR, the UN refugee agency, said Sunday that 3,389,044 Ukrainians had left since the Russian invasion began on February 24, with another 60,352 joining the exodus since Saturday’s update — a flow roughly the same as the day before.

Some 90 percent of those who have fled are women and children. Ukrainian men aged 18 to 60 are eligible for military call-up and cannot leave.

UNICEF, the UN children’s agency, said more than 1.5 million children are among those who have fled abroad, warning that the risks they face of human trafficking and exploitation are “real, and growing”.

The UN’s International Organization for Migration (IOM) also said that as of Wednesday, 162,000 third-country nationals had fled Ukraine to neighbouring states.

Millions more have fled their homes but remain within Ukraine’s borders.

Some 6.48 million people were estimated to be internally displaced within Ukraine as of Wednesday, according to UN and related agencies, following an IOM representative survey.

UNHCR initially estimated that up to four million people could leave Ukraine.

Before the conflict, Ukraine had a population of 37 million in the regions under government control, excluding Russia-annexed Crimea and the pro-Russian separatist regions in the east.